Chopard released it's 150th anniversary Animal World Collection in 2010, but the sardine bracelet  haunts me.  Part of the fun is, "Seriously- you had to choose 150 animals and you chose to enshrine sardines?" I know, I know, the romantic frog prince ring is unforgetable and the monkeys are cute (usually I don't like monkeys but Chopard's are better than life), but the subtlety of the sardine bracelet wins.  Unlike the amazing in-your-face parrot necklace and the eco self-aware sea turtle ring, a casual observer would see a shine and a flash, but would not necessarily notice that the glimmer around a wearer's wrist came from a tiny school of fish. This bracelet appeals to a different kind of woman than the other pieces in the collection.

Here is how it was made.  First there was an idea. 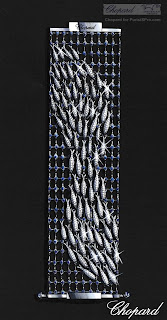 Then there was paintasking craftmanship.  The artisans made little fish and their net- did they savor  the contrast between the bloody reality of fish and nets and the fantasy where beautiful little fish rest securely on their net? 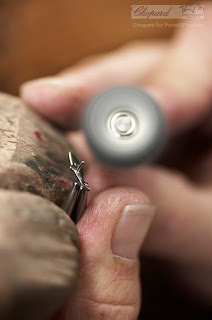 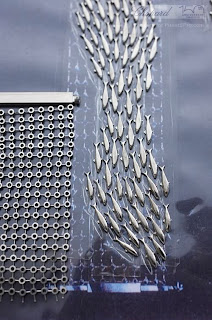 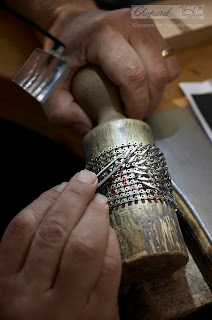 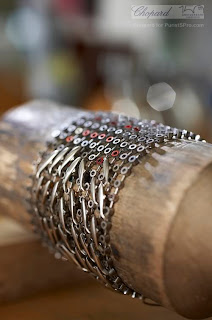 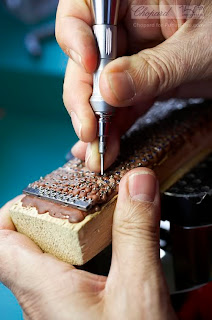 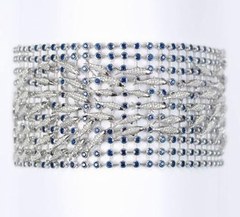 Chopard made other fish jewels that should be admired, too.  Nemo grew up!  Imagine how wearing this (called a "plastron") would make you feel?  Would you feel emboldened or frightened?  Encumbered?  Like "Plastron" was an evil robot in a '50s sci-fi movie? 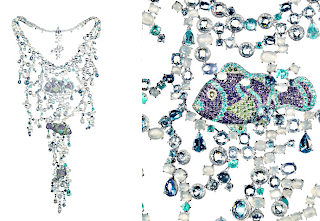 Lastly, the way the jewels were displayed at the Chopard 150th ball in Singapore was enough to make me weep and praise God for people who dedicate themselves to creating such beauty.  This tableau had an ocean theme. 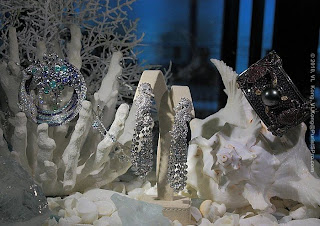 Yup, seahorses for your deserving earlobes.  Siiiiiigh.  This was a long post, but did you really mind?

Have a great weekend!
Posted by oxinsocks at 5:00 AM

I'm glad you liked it. It's amazing how much delicate work goes into the baubles we hang on our bodies. And thank you for making the very first comment on this fledgling blog.